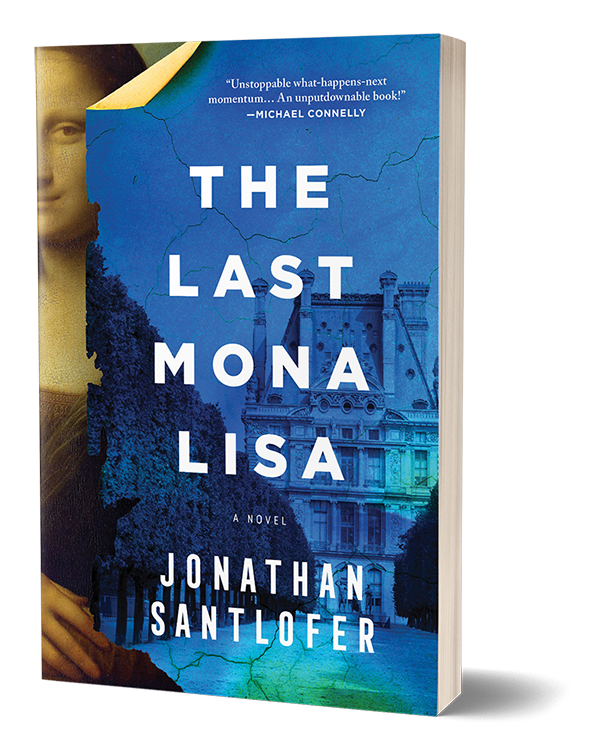 I always begin with something that grabs my attention, strikes a personal note with me, and stays with me. For several weeks or months, I think about it, make notes, do research, even write a few sentences. If it continues to excite me, I keep going. Soon I have a few pages, then a few more. It’s a process of back and forth, adding and editing, often before I realize I am writing the novel!

I was a Hardy Boys fanatic. Also, Edgar Allan Poe stories, which I read and reread. But it is a pair of novels that remain indelibly stamped on my young brain: Lord of the Flies by William Golding, which was very disturbing to me as a boy and J.D. Salinger’s Catcher in the Rye, also disturbing, but with a wonderful voice.

Silence. And it kills me because I love music. Before I was a writer, I was a painter and always painted with music. When you’re drawing or painting, you’re not dealing with words and part of your brain is free to talk or listen to music. But I don’t know how anyone can write with music. It gets right into my head, and I start writing to the beat!

Both. As a writer you spend so much time alone, which is essential to getting the work done. But I also love to see people and talk about writing and everything else, popular culture, the world, which broadens my thoughts and keeps me connected. Otherwise, I’d fall into my work and never get out! Of course a writer later becomes connected to his or her readers, which is a gift.

1) Read. A lot. I get so much from other writers. 2) Try to write every day, even if it’s only a few sentences. 3) Watch movies! Film can teach you so much, particularly economy, and if you can make your writing visual, you’re ahead of the game. 4) Get away from your work: take walks, go to art museums, travel. These things may seem like diversions from your writing (and they are) but they also feed back into it. The great stage and film director Mike Nichols said he got his best ideas about his work away from his work.

Did you always know you wanted to write a story about the theft of the “Mona Lisa”?

It took me a while before I knew I could write a novel about the theft. Several things had to fall into place: how I would tell the story, how to combine the past and present, fact and fiction, and how to make it into a contemporary thriller.

What famous painting do you wish was hanging on your wall?

Oh boy, so many. I should say the Mona Lisa, since I based a whole book around it, but I’d rather have Leonardo’s unfinished Adoration of the Magi. Or Las Meninas (Maids of Honor) by the great Spanish painter Velasquez. Or… a Willem De Kooning’s Woman. Or…just about any Cezanne. That sounds like a lot, but I would only want them for a few weeks, because I don’t believe great art should be hidden away for only one person to see. I would borrow them and give them back!

Favorite place you visited while researching?

Florence. I lived there for several weeks and really got to know it. I had been there before but being there to specifically research The Last Mona Lisa I completely fell in love with the city.

EXCERPT FROM THE LAST MONA LISA

He has spent the night huddled in the dark, mind burning with Bosch-like scenes from hell, hideous monsters, people writhing in flames. He stares into the gloom, knowing that he will spend the rest of his days in darkness.

We lose the things we do not cherish enough, his one thought, his only thought as he slips into his workman’s tunic, buttons it over his street clothes and opens the closet door.

The museum is unlit, but he has no trouble making his way down the long hall. He knows the layout perfectly, his intention fueled by guilt. The Winged Victory casts a predatory shadow that causes him to shiver though it is stifling, airless.

Her face appears like a specter, beautiful lips cracked, flesh tinged gray. Somewhere a baby cries. The crying swells to a sickening shriek. He covers his ears and lets out a sob, twisting one way then the other, searching in the dark for his lost love and his child, whispering their names, walls closing in, room tilting, that empty feeling in his gut expanding until that’s all he is: a hollow man. Now he understands that the emptiness he has felt for so long has been a foreshadowing, a preview of the rest of his life, that he has been practicing to be a dead man.

But it’s too early, and a Monday, the museum closed to visitors.

He stops and peers into the dim hallway and sees nothing. He must have imagined it, no longer sure what is real and what is not. Gloved hand cupped around his ear he listens, but it’s quiet, only the sound of his own heavy breathing and the scudding of his heart.

A few more steps, through the arch and into the Cour Visconti Gallery, the high-ceilinged room large enough to hold mural-sized paintings. In the dark, the canvases appear as black rectangles though he can picture them: a landscape by Corot, a famous Delacroix battle scene, Jacques-Louis David’s Consecration of Napoleon, the dictator clad in outrageous finery, animal skin cape, crown of ivy, a smug look of victory on his face.

It is then, as he pictures Napoleon, that his fevered brain comes up with the explanation he will give later, the one the newspapers will print: I stole the painting to restore it to its rightful home.

He will be a patriot, a hero, no longer the immigrant, the man without a home.

Steadier now, he heads down another narrower hallway, mind focused and filled with purpose. He will show them he is someone.

In the smaller Salon Carré Gallery he can just make out the shapes of the paintings, Titian and Correggio and the prize shimmering between them—the lady of the rocks, the vampire who never sleeps, the most famous woman in the world: Mona Lisa.

Heart pounding, nerve endings tingling, a dozen thoughts in his brain as he unscrews the small wooden panel from its iron bolts. A man possessed, blind to the shadow of his face reflected, distorted in the glass he himself installed only last week.
It takes all of five minutes.

Then he is moving, the painting clutched to his chest, a shadowy figure darting out one doorway, through another, down a hallway and into a stairwell where he stops to remove the painting’s heavy frame and plate glass and leave them behind. Moving again, through a narrow corridor lined with marble sculptures, faster now, panting, sweating, he cuts through an archway until he comes to the side door, the Porte des Arts, all of it exactly as planned, a perfect dream. Until the doorknob does not turn.

He tugs and twists, pulls and jerks but the knob will not budge, his spinning mind the only thing that is moving.

A deep breath, then another until it comes to him: the screwdriver, of course! The same tool he has just used on the bolts he now uses to unscrew the hardware until the doorknob drops into his hand and he stashes it in the pocket of his workman’s tunic, which he strips off, rolls up and tucks firmly into the back of his belt.

He slides the panel under his shirt, aged canvas abrading his skin as he buttons his jacket over it, his heart beating against the mysterious four-hundred-year-old beauty who has witnessed her own abduction more than once, observed countless assignations from the wall of Napoleon’s bedroom and endured the gapes and stares of millions and now, tired and world-weary she yearns to rest—but her story is far from over.

Other Book by author