The Lost Manuscript by Cathy Bonidan 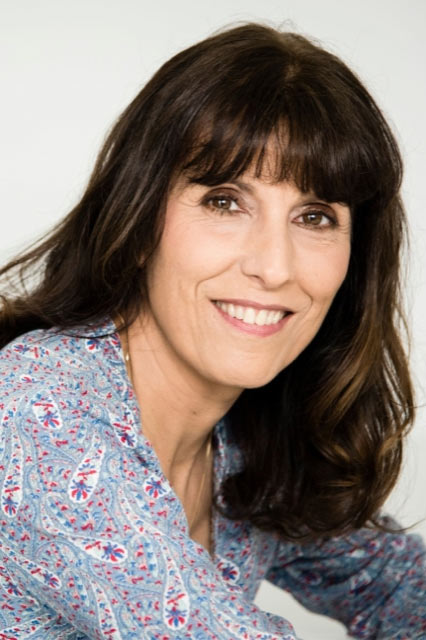 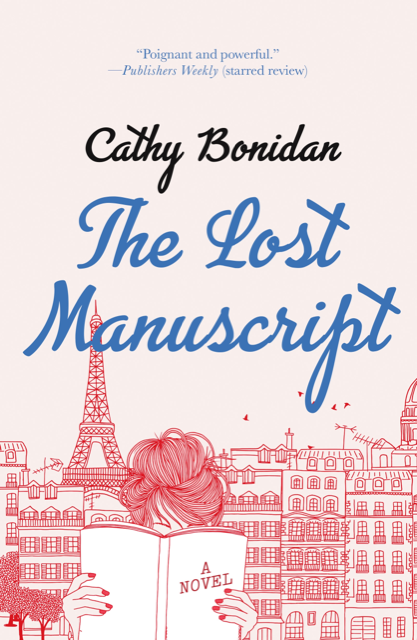 I would say “with a mad thrill“!

Writing a new book means meeting new friends who will accompany you for a while. It is also a way to discover a whole new universe, to travel all around the world without worrying about pandemics or the price of plane tickets. Moreover, writing a new book enables a writ-er to grasp possibilities and outcomes which are impossible to achieve in real life… Simply put, it is a true delight.

I always start writing my new books in October, it has become a routine. It is my favourite month of the year, the month of first sleets, first fogs, and first thrills, inviting us to stay in-doors with a cup of tea and a good book. It can also be a trigger that drives me to start writing, a need to write down something that troubles me, it can happen this way, but not necessarily.

Characters, on the other hand, are necessarily present. I come across them in grocery stores or in bookshops. I imagine their lives and their flaws, and they already follow me day and night. When comes the time to give them life is when the writing process begins. To open a new Word file without a name is a real moment of freedom: everything becomes a possibility in front of a blank page…

You say “child”, so I will go back a long way. To the first readings and the enchantment of accessing imaginary worlds on my own. I was six years old then, and I was reading my first books. I remember especially a series called “Petitou”, about an elf so tiny that he was invisible to humans living next to him.

But the first novel I read, which probably influenced my writing, is Le Père tranquille (The Quiet Father). I read it when I was nine. I was shocked to discover a main character so opposite to everything I knew. The plot takes place in France during World War II, under the Nazi occupation. The hero appears to be a “quiet father “, completely submitted to the German authority, but is in reality a Resistance leader. His family despises him and have no clue about what he really does. I think this character pushed me to invent stories. If heroes can resemble ordinary persons, mocked by all, then anyone in the street can have a double life in which they are incredible. It is also then that I started imagining the secret lives of people I encountered. That is why I loved characters that are not what they appear to be.

I only write in complete silence. Not only do I need to be home alone, but also with my room’s door and window shut to isolate myself from any outside noise. Then, my own soundtrack starts, but only inside my head. If I were to play some music, I know it would influence my mood and my characters’ actions. I would lose a piece of freedom… and so would they.

I suppose that I love reading and writing because I am not much of an extrovert and because fiction brings me more interesting encounters than real life does. In this way, writing obviously isolates me. I can coexist with fictional persons and forget real ones for a while.

Paradoxically, since my books have been published, I found that writing is not only a lonely dive into my own body and mind, but also a moment of sharing. I am now in touch with readers from all around the world, and these contacts are often very intense, because our passion for the same books or writers bring us closer instantly. It is true that someone who read your books knows you sometimes better than someone in your private circle who can have a flawed image of you.

[1] French idiom which means to give an evasive answer.

I would tell them to write as often as possible. To never content themselves with reality or certainty and always look deeper into things, find what is hidden. To look at people in a different way, to imagine the fictional potential of a road sweeper, a silent child, an overworked mother, or an old man sitting on a bench.

I would tell them to write their story, at least inside their head.

And if that shapes them into a real writer, I would wait patiently for them to give me some advice in return, so I can become a real writer too.

The entire novel is told through letters. What drew you to this style of storytelling?

I like epistolary writing. I always have. The interval between the moment when we give ourselves on paper and the moment when the recipient will discover what we have said, gives a unique flavor to our words. And when we think about it, how many letters have never been posted because at the very last minute the writer changes his mind? I like to think of what could have happened if some of them have actually been mailed. The temporal gap between the action of writing and the action of slipping the letter in the box always brings uncertainty. I think this hesitation is really important to me: the fact of writing, without knowing if eventually I will be read. I actually realize I’m doing the same when it comes to writing my novels. During the creation process, I like to tell myself that this book will perhaps never come out in bookstores, that it will perhaps never be sent to my publisher, and will perhaps never be read by anyone… In doing so, I rediscover a freedom and an intimacy in the act of writing: the one I devoted myself to in my school notebooks in which I would only write for myself and that I would kept hidden in the back of the cupboard.

How much research, and plotting out of the storyline do you do before you start writing?

I actually never do any preliminary research and plotting of the storyline because I never know what social standing or period of history my characters will drive me to. Research, in fact, comes later as the plot moves forward. By then, it can be either very substantial to the story as it was the case for my first published novel, in which the protagonist was a child with autism, which immersed me in the psychiatric universe of the fifties, or, it can be very modest, as it was the case for The Lost Manuscript, for which I mainly focused on where the action takes place. When it comes to imagination, the real world does not really matter to me. I don’t do research for a sake of technical details, but rather to become imbued with an era, a place, or to feel what the characters of the story actually feel. The priority is to be able to put myself in the characters’ shoes. Emotion… Isn’t it the sole truth in a novel?

What did you enjoy the most about writing the novel?

I had so much fun all through the book because I challenged myself. I had decided that I would publish one letter a day on the website that awarded me with a prize and had put me in contact with a publishing house. In other words, I wrote without any boundaries. As far as the plot was concerned, I did not have a particular plan in mind, I didn’t know where I was going. But once a letter was finished, I would post it and it would be read by the readers of the website. It was then impossible for me to change my mind afterwards or to rewrite the previous letter. It was somehow like in real life: I have to go on with my characters’ past and behave according to that.

And, as I told you, beginning to write this story was more like outlet, a way to let go the fact that my first novel would not be published. So at the beginning, obviously, my state of mind wasn’t in favor of the publishing industry… but during the summer, as I was in the middle of the writing, Marie Leroy, who didn’t forget me, told me she did want to publish Le Parfum de l’Hellébore!

Was it difficult switching between the different writing styles/personalities of the characters throughout the book?

No, not really. I wrote the letters on the exact dates that they appear in the novel. It was rare for me to write two letters on the same day, so that I would always have the time to step into the shoes of each character before replying. I just generally took some time to immerse myself again in the character’s environment, history, past, pains or fears. In doing that, I didn’t really have to think about it, writing would just come naturally.

Are you currently working on your next novel, and if so can we get a sneak peek?

The novel that follows The Lost Manuscript is Victor Kessler n’a pas tout dit. In this book, Bertille, a woman wrecked by life, meets Victor, a man who has been given a prison sentence of 30 years for the murder of a child. Moved by the written confession of the old man, she left for a small village in the East of the France to immerse herself in the memories of a crime that nobody forgot. In doing so, she will have to face the ghosts of her own childhood that took place several kilometers from here…

As for my next novel, the one whose first attempt is still on the desktop of my computer, I won’t say a word about right now, because nobody has actually read it, and because I’m not completely sure I will even send it to my editor. I enjoy this phase of uncertainty where the story solely belongs to me…